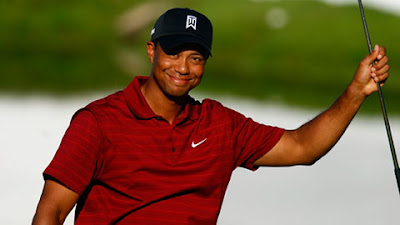 With all that's been said about Tiger Woods in recent weeks, I thought I'd stop by his personal website, TigerWoods.com, to see what he had to say for himself.

We all heard that he posted on the site a vague apology about letting his family down and falling short of his own personal standards. But did you know that for some time now he has maintained a blog there as well?

Some of the post titles, in retrospect, are eye-catching:


The jokes, sometimes they write themselves.
Posted by Ben at 6:00 AM