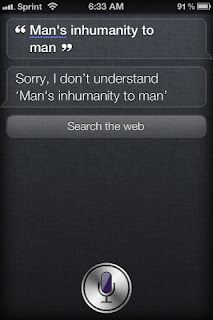 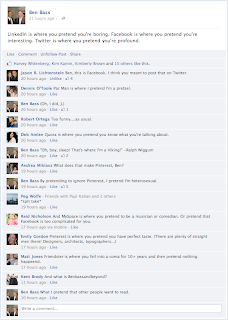 As you have likely noticed by now if you're someone who frequents this blog to read my LearnedLeague trivia writeups — and have certainly not if you are not — I haven't posted a summary of yesterday's Season 53, Day 1 action. Why? After a lot of consideration, I have decided to take a pass on blogging my way through the new season.

The unfortunate fact is that April through July is always a hectic season for me at work. I've been going in early, staying late as needed, and bringing work home on the weekend. (I didn't even play the questions until 10 p.m. yesterday and the same thing might happen tonight.) This figures to continue until some time in July as it does every year, which is also why the French Open is the only major tennis tournament I have yet to attend. Thus, I don't have an hour or two per weeknight over the next month to spend writing about LL.

There are other reasons. As it is, I'm already falling behind on routine stuff like solving crosswords; I'm already one to three episodes behind on the TV shows I follow (Game of Thrones, Girls, 60 Minutes, Mad Men, Smash). I might join my dad for a midweek road trip to Milwaukee to catch a San Francisco Giants game; I'd rather not be blogging when Ryan Braun goes deep. And looking ahead to mid-June, I will once again be covering the Just For Laughs comedy festival for Flavorpill Chicago, which means I will be out pretty much every night that week.

Plus, the next five weeks figure to be some of the best weather of the year in Chicago. After months of reconstruction, my local tennis club is finally preparing to reopen four of our six outdoor clay courts. To the extent I have free time on weeknights I don't want to be indoors typing, I'd rather be on the court hitting kick serves, returning lefty forehands up the line on the ad side, maxing out the Daylight Savings Time and enjoying the long springtime evenings.

Thanks to those who have expressed interest in my LL coverage. I'll decide closer to LL54 (this August and September) whether I blog that go-round; I imagine I'll probably be ready to jump back in by then.

Good luck to everyone in LL53, old players and new! And remember, Limahl was the singer of Kajagoogoo, whose monster hit "Too Shy" appeared on their debut LP, White Feathers.
Posted by Ben at 6:00 PM 1 comment: 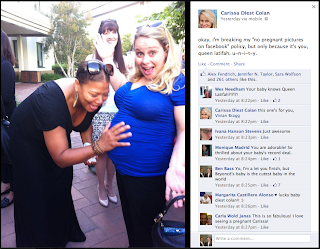 Headline of the week

_
Since Skiing Came to Afghanistan, It Has Been Pretty Much All Downhill
Second Annual Championship Includes Climbing Mountain on Foot and Evading Taliban

Those (both) of you who follow this blog on an RSS reader might not realize that since I got an iPhone last week, I've decided to put the Twit in Twitter.

Looking for something to do around the city?

Here are my latest comedy and theater previews for Flavorpill Chicago (click the links for more info):

Kumail Nanjiani at UP Comedy Club
through Sunday


“Think of the Chicago comedy scene as a forest. Some standup comedians take a long-term approach to wilderness survival, building a log cabin by performing steadily over many years. Others, like Hannibal Buress, TJ Miller, and Kumail Nanjiani, quickly gather armfuls of kindling here before hiking to the coast. Nanjiani lit up our small stages during his Chicago tenure, then built a roaring bonfire of television work (Michael and Michael Have Issues) and college gigs soon after decamping for New York City. Tonight he's back in town with more of the smart, silly stuff that warms a room. See his classic "cheese" bit for a sample.” 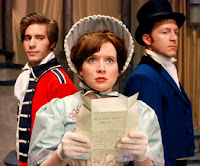 Pride and Prejudice at Lifeline Theatre
through June 10


“Stop us if you've heard this one: "It is a truth universally acknowledged, that a single man in possession of a good fortune, must be in want of a wife." Over the past 30 years Lifeline Theatre has made its name by staging classic literary titles, and they don't get much more classic than the most beloved novel of all time, Jane Austen's Pride and Prejudice. In this charming rendition, Lifeline's appealing cast deftly brings to life the drawing-room humor and sweetly sincere pathos of the well-worn original, with nary a zombie in sight.”

In a Forest, Dark and Deep at Profiles Theatre
through June 3


“Neil LaBute is best known for his boundless faith in the inability of everyday people to treat each other decently, a bleak worldview typified by the emotional cruelty and casual brutality of characters in such popular entertainments as In the Company of Men, Your Friends and Neighbors, and Fat Pig. His latest effort is something of a departure from his usual fare, a rip-roaring psychological drama set in a remote cabin complete with thunder, lightning, and the occasional power failure. And yet, LaBute being LaBute, the dark laundry of human frailty is gradually aired. At 95 brisk minutes with no intermission, In a Forest, Dark and Deep is essentially a movie thriller played live on stage; its intensity and frequent plot twists will keep you engrossed until the end credits.”