I'm in Arizona for a few days, supervising the Scottsdale branch of Ben Bass and Beyond.
Yesterday my staff and I took a drive down south of Tucson to a natural wonder known as the Kartchner Caverns. I'd never even heard of it, but it's nothing short of incredible.
The story goes that in 1974, two recent University of Arizona grads were exploring some ranchland in the Whetstone Mountains outside of Benson, Arizona when they found a sinkhole that was exhaling warm, moist air. (Caves either draw air in or breathe it out depending upon the air pressure in the area.)
In this case, the exhalation smelled like bat guano, which told the explorers that there was a cave inside large enough for a colony of bats to roost. Sure enough, after dropping down into the sinkhole and crawling through the outer chamber, they found an opening the size of a grapefruit. They got out their chisels and painstakingly widened it to the size of a stretched coat hanger, big enough to enter.
Inside they found a wondrous limestone cave with some of the most amazing formations anywhere in the world. And it was enormous. Their carbide lamps couldn't even illuminate the far wall, just faded into darkness. They named the cave Xanadu. 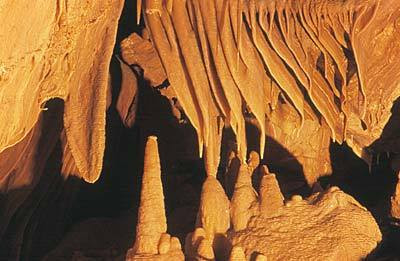 Over the next two years, they returned to the cave hundreds of times and gradually explored its numerous rooms and passageways. It didn't just have stalactites and stalagmites, but more esoteric formations known as draperies, soda straws, helictites, quartz boxwork, flowstone, cave bacon, fried eggs, totems, shields (parachute, welt and turnip), and popcorn. Mineralogists call these calcite speleothems. I call them amazing.
"In Xanadu did Kubla Khan a stately pleasure-dome decree" in the famous poem by Samuel Taylor Coleridge. Since the two spelunkers called the cave Xanadu, they named their most majestic find after its king, calling a massive 58-foot column "Kubla Khan" and the room that contains it the Throne Room. It looks like this: 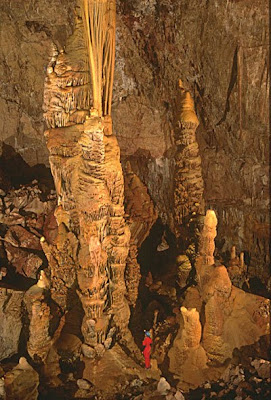 Growing up in Arizona, the explorers had seen countless caves vandalized and destroyed by locals who were too ignorant or apathetic to leave them in a pristine state. It was routine to see caves spray-painted with graffiti, littered with trash, and denuded of their natural beauty.
As the first humans ever to enter the cave, they not only felt a special bond with it but also a responsibility to preserve it. They kept its discovery and location a secret. After determining that a local ranching family, the Kartchners, owned the land, they first tried to buy it. Failing that, they decided to approach the family patriarch after learning that he had been a school principal and science teacher.
Happily, he was amenable to helping the duo preserve the cave. Fourteen years after its discovery, still under a cloak of secrecy, the land was sold to the State of Arizona and the Kartchner Caverns became its 25th state park. 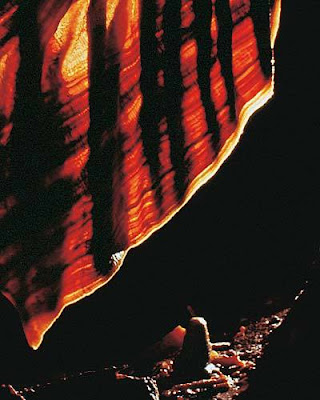 I highly recommend visiting this natural wonder, now considered one of the ten most impressive caves in the world. It is still a "living cave" in that water continues to flow and drip, slowly creating the cave's formations as it has for the past 200,000 years, and in that bats still roost there every summer and attract twenty-odd other species to make their homes in the cave's 99% humidity.
When in Cochise County, Arizona, check it out. Plus, Tombstone and its OK Corral are a short hop away.
Posted by Ben at 10:00 PM