Can't believe the news of the sudden passing of Chicago Tribune columnist Terry Armour, not just because he was in the prime of life at a seemingly robust 46, but because he always seemed more alive than anyone else. 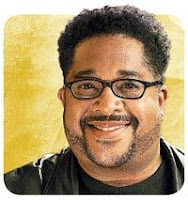 Terry loved to laugh; he loved people; he loved to live. He exuded a warm, larger-than-life persona in his frequent appearances on radio and TV, but whenever I ran into Terry around town, I found him just as funny and friendly with no camera or microphone in sight.

The last time he and I crossed paths was a Tuesday evening a few months ago at the Lakeshore Theater, where the Upright Citizens Brigade was kicking off a weekly residency. Terry was covering the show for the Trib with a photographer in tow. After some top-tier improv from the UCB, he and I talked comedy at the bar.

We also discussed his late friend and colleague Allan Johnson, who had ably covered comedy for the Tribune before his own untimely passing two years ago. Terry's presence at the Lakeshore was in part a function of Allan's absence, as Terry had helped fill the void in the Trib's comedy coverage after Allan's death. And spookily, sadly, here we are now. I trust that Terry and Allan are reunited somewhere filled with laughter.

I found out about Terry last night over dinner with my family at a bustling downtown restaurant. The place was packed with happy people. The Bears had just won their final home game and Adewale Ogunleye, Tommie Harris, John St. Clair and Israel Idonije were there enjoying a nice meal after work. Alpana Singh was at the next table; I thought I saw Billy Williams walk by. For our part, we had a great time celebrating my mom's birthday. What with the festive atmosphere, family and friends, jocks and celebrities, great food, cocktails and spirited conversation, it felt like a Terry Armour kind of night.

Condolences to Terry's family and many friends. New Year's Eve doesn't seem quite as joyous anymore.
Posted by Ben at 1:55 PM 1 comment:

Are you Lewis Gatlin, recently of Elizabeth City, North Carolina? Do you know him or how to reach him? If so, please contact me or ask him to do so.

...to my friends in Melbourne, Sydney and Cairns. The rest of you, wait a day.
Posted by Ben at 11:10 AM No comments:

They're not just for the NBA anymore. Not to be outdone by the New Yorker, this Australia hotel also got into the act.

That's the title of Anthony Lane's collection of movie reviews, but it also applies to the copy editors at his day-job employer. The New Yorker is generally edited to an immaculate gloss, but nobody's, well, you know.

See the page below from a recent issue. You've got your pleasant David Denby film criticism, your fine caricature work by Chicagoan Tom Bachtell, your bourgeois small-space ads, and your Irvin-font tagline. Pretty much business as usual, except for a small problem with the illustration caption. 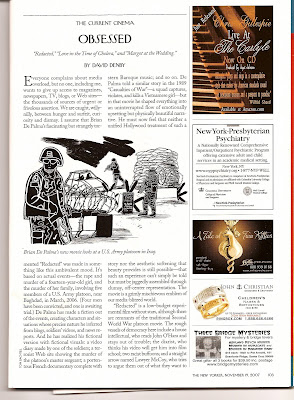 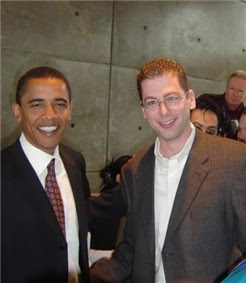 On January 13, 2005, having just been elected to the U.S. Senate in a landslide victory, Sen. Barack Obama (D-Ill.) held a Waukegan, Illinois town hall meeting and noticed some guy sporting a casually elegant no-tie look. Immediately recognizing that its quiet power could symbolize his personal brand of anti-politics as usual, Sen. Obama adopted it as his own.

It would soon become his signature look on the campaign trail. Even its imitation by the dangerously unstable Iranian president Mahmoud Ahmedinejad would not stop the understated meta-style from setting Sen. Obama apart from his rivals for the 2008 Democratic presidential nomination.

Had Sen. Obama not insisted on taking this photo to memorialize the momentous occasion, it would have been lost to history. Instead, historians now have precious evidence of the most significant moment in presidential fashion since Jacqueline Kennedy wore a pillbox hat to her husband's 1961 inauguration.
Posted by Ben at 5:32 AM 2 comments:

You might consider checking out Second City's holiday-themed comedy show at the Beverly Arts Center. My Flavorpill preview is here.
Posted by Ben at 11:00 AM No comments:

When I started this blog, lo these many weeks ago, my intention was to keep it an active, living thing. I resolved not to be one of those bloggers who hardly ever post, whose deep thoughts from six weeks ago on Lance Briggs or Chief Justice Roberts pass for their latest entry. People are busy, I reasoned, and if they're—you're—going to pay me the compliment of checking in here, you should be rewarded with something new since your previous visit (unless you visit several times a day; are you listening, Kristen Bell?). I decided I would therefore post at least every few days.

Four days have now passed since my previous post, but I have a pretty good excuse: my home DSL abruptly died six nights ago, consigning me to a 1973 lifestyle on the home front. Of course, I was already in the habit of wearing love beads and a polyester jumpsuit around the house while grooving to Bread LPs and Carpenters eight-tracks, but the lack of Internet access was most inconvenient. Among other things (email, work, writing, newspaper reading, my ongoing flame war with sK8oRdie43), blogging got interrupted.

Anyhoo, the AT&T tech dude just left, leaving behind a teeny new Motorola modem that makes my old SpeedStream look like the oversized, underpowered dinosaur it apparently was. And so I toast my return to connectivity with this entirely frivolous and unnecessary—that is to say, typical—blog post.

To the thousands who have emailed me in outrage, demanding that Ben Bass and Beyond resume its towering mediocrity, its thundering adequacy, reference is made to a moment of slightly lesser consequence to America's cultural life, namely Michael Jordan's March 18, 1995 press release: "I'm back."
Posted by Ben at 6:06 PM 2 comments: 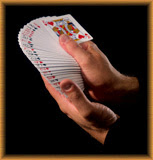 Trace will premiere a stage show at the Athenaeum Theater in Chicago in spring 2008 before he moves to California. Meanwhile, you can catch him on TV tonight receiving an award from Lance Burton at the recently taped 2007 World Magic Awards. The show airs at 7pm CST on affiliates of My Network TV, including WPWR-Channel 50 in Chicago.
Posted by Ben at 10:12 AM 3 comments: 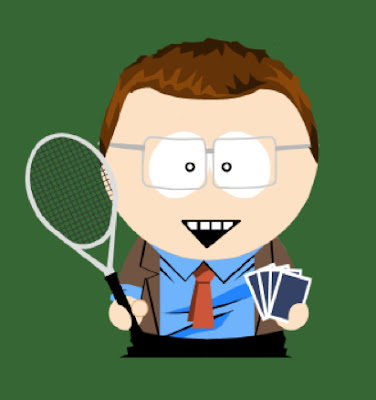 Quote of the week

"Anyways, I'd just like to say, I, I'm not saying I'm the smartest guy in the world — I'm definitely not — but uh, I, I, my articulateness definitely makes me sound more stupider than I am."

—J.D. Harmeyer
The Howard Stern Show
Posted by Ben at 10:08 AM No comments:

When you go to a party where you talk to comedians like Andy Borowitz, Jeff Garlin, Kumail Nanjiani, and Hannibal Buress, and you have a notebook in your pocket, it would be better for blog purposes to ask them some questions and write down their answers than to do nothing of the kind and blog about how you didn't.
Posted by Ben at 7:57 PM 3 comments:

1. Grape-Nuts: neither grape nor nuts. 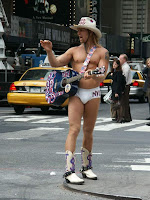 2. The Naked Cowboy: neither naked nor cowboy. 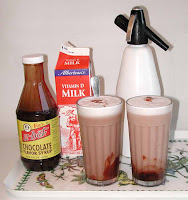 3. An egg cream: neither egg nor cream. 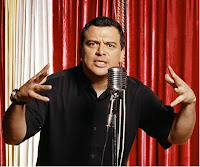