notice on his shelf a copy of Fortune magazine, with Meredith Whitney on the cover. And as he talked about the bankrupting of Vallejo, I realized that I had heard this story before, or a private-sector version of it. The people who had power in the society, and were charged with saving it from itself, had instead bled the society to death. The problem with police officers and firefighters isn’t a public-sector problem; it isn’t a problem with government; it’s a problem with the entire society. It’s what happened on Wall Street in the run-up to the subprime crisis. It’s a problem of people taking what they can, just because they can, without regard to the larger social consequences. It’s not just a coincidence that the debts of cities and states spun out of control at the same time as the debts of individual Americans. Alone in a dark room with a pile of money, Americans knew exactly what they wanted to do, from the top of the society to the bottom. They’d been conditioned to grab as much as they could, without thinking about the long-term consequences. Afterward, the people on Wall Street would privately bemoan the low morals of the American people who walked away from their subprime loans, and the American people would express outrage at the Wall Street people who paid themselves a fortune to design the bad loans.
—Michael Lewis, "California and Bust"
Vanity Fair, November 2011
_
Posted by Ben at 8:00 AM 1 comment:

I felt like listening to a Beatles classic so I called it up on YouTube, where I learned to my surprise that the band is playing this weekend in Chicago!
Posted by Ben at 8:00 PM No comments: 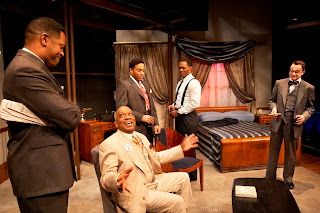 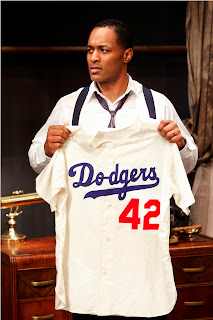 To its credit, Mr. Rickey doesn't sermonize, exploring the tensions even among those with a shared vision of an integrated postwar America. The show is attracting a lot of positive attention and its Michigan Avenue engagement only runs through February 19, so grab your tickets now. It's a perfect evening's entertainment for hot stove season. 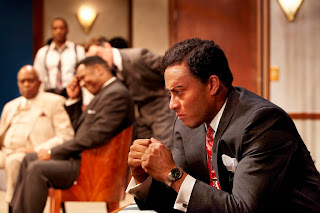 My Flavorpill preview is here.
_
Posted by Ben at 6:00 PM No comments:

Anatomy of a snowstorm 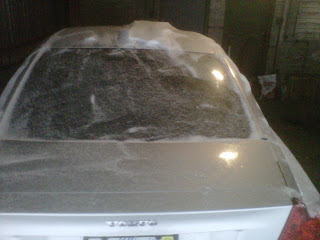 Although best known as a friend of this blog, Will Shortz is also the puzzle editor of the New York Times and the puzzlemaster of NPR Weekend Edition Sunday.

But he's not the only FOBB&B working as a public radio quiz show host in the American Northeast. Mike Nothnagel, math professor extraordinaire and constructor of some of the most elegant crosswords in the NYT, hosts his own puzzle segment entitled "Any Questions?" on station WAMC.

It was probably inevitable that Mike would put Will in the hot seat, as he did a few weeks ago. Just as inevitably, Will passed the puzzle test with flying colors.

You can listen to Will and Mike on "Any Questions?" here.
Posted by Ben at 8:00 AM No comments: 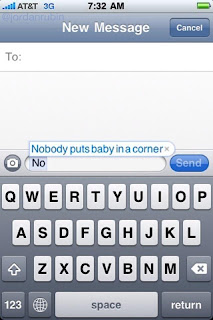 As the great Jordan Rubin points out, this "predictive text" nonsense has gone too far.
Posted by Ben at 12:30 AM 2 comments: