The exciting world of sports 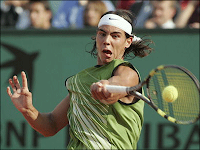 All credit to Rafael Nadal. The amazing Spaniard celebrated his 22nd birthday with his fourth consecutive French Open victory.

What to marvel at first? That as a teenager he won the first French Open he entered? That after taking the next three he's never lost a match at Roland Garros? That he was born right-handed and has become the best clay-court player of all time as a lefty? That he's only getting better with age?

Nadal lost an average of just five games per match in the first five rounds of this year's French Open only to improve in the final, dismantling the greatest player of all time, Roger Federer, 6-1, 6-3, 6-0. His sledgehammer forehand now generates so much torque that he sometimes has to decelerate by twirling his racket toreador-like above his head. He puts so much topspin on the ball that his opponents are forced to hit their groundstrokes from shoulder height. It's all pretty impressive.

So is Nadal's modesty. His uncle Toni, who began teaching him the game when he was four, has long told him to "stay hungry and stay humble." He's done both, fighting for every point as if his life depends on it, but also staying gracious and grounded.

It's a pleasure to watch the mutual respect in his ongoing rivalry with Federer, as outstanding an ambassador tennis or any other sport has ever had. Federer speaks four languages fluently and exudes class in all of them.

Wimbledon's in a few weeks. Federer's won the last five, but he's been slow to regain his form after a bout with mono and Nadal's playing better than ever. The upstart Serb Novak Djokovic, who won the 2008 Australian Open, isn't going away without a fight. It's going to be good. 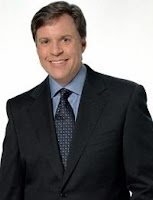 Had the pleasure of joining the great Bob Costas for dinner on Thursday night. It was an intimate affair, just me, Bob and 1600 of our closest friends at the annual Lawyers Division dinner of the Jewish Federation of Chicago. (I know, Jews, media, very funny.)

Kudos to the Federation for the creative, satisfying choice of keynote speaker. They're on a roll, having presented Al Gore last year amidst all the Inconvenient Truth/Oscar/Nobel/will he run? hype.

Costas isn't just my favorite broadcaster, he might be my favorite celebrity period. As sportscasters go, he's the perfect storm: intelligent and authoritative, a pro's pro; smooth and stylish; flawless storyteller; clever and quick; good sense of humor; great pipes; knows his stuff cold; asks the tough questions; understands the big issues; explains complex stories clearly; knows the history of the sports; not in love with himself. He's got it all.

His "Later" interview show, the 30 minute chatfest that ran for five years after then-Letterman "Late Night" on NBC, proved his facility goes well beyond sports. He was well-prepared and curious, eliciting great answers and conversation from a wide range of guests. It was as good as interview TV gets.
Costas' decision to quit hosting that show left a void, one all the more glaring now that said timeslot belongs to the brain-dead Carson Daly and his unwatchable show. NBC hired Daly to reach the "TRL" kids and keep their late night lineup skewing young. If that's young, I'll take old. Bring Costas back.
A sportswriter friend of mine who joined me for the dinner scored an exclusive interview with Costas beforehand. Costas asked my pal to consider his entire speech off the record.

This request (from a guy who used to host a show called "On the Record," no less) struck me as somewhat unrealistic. In an age of ubiquitous camera phones and bloggers, you can't give a speech to 1600 well-connected urban professionals with a significant yenta factor and not expect to have your thoughts repeated.

Still, out of respect to both Costas and my friend, who would surely prefer that the choice quotes he collected not be scooped here, I now decline to repeat any of Costas' after-dinner remarks or my buddy's retelling of their interview.

Suffice to say that Costas' speech was predictably articulate and entertaining, chock full of amusing anecdotes and thoughtful observations on the sports world and the upcoming Summer Olympics in Beijing. 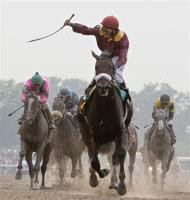 For the eleventh time since Affirmed won the Triple Crown in 1978, a horse has won the Kentucky Derby and the Preakness Stakes, only to fall short in the Belmont Stakes. This weekend it was Big Brown who couldn't close the deal.

After cruising to a victory of at least four lengths in each of his five previous starts, Big Brown was an overwhelming favorite, going off in the Belmont at 3-10 odds (meaning you had to bet $10 on him to win $3).

No other horse had tested him and he seemed even more a shoo-in when the unbeaten Casino Drive was scratched from the Belmont lineup with a bruised hoof on the morning of the race. Big Brown looked so likely to join Seattle Slew as the only undefeated Triple Crown winners that his trainer, Rick Dutrow, guaranteed victory.

But the guarantee wasn't worth the paper it wasn't printed on. Big Brown was bumped early and somehow pulled up lame. Jockey Kent Desormeaux jogged him to the finish line as he became the first Triple Crown aspirant to finish last in the Belmont Stakes. Desormeaux told reporters, "I had no horse."

I'm not a big horse racing enthusiast but like many people I enjoy the historical continuity of the Kentucky Derby, accurately known as the most exciting two minutes in sports, and in years when its winner takes the Preakness, the ensuing quest for the Triple Crown.

For the record, and because I think horse names are the coolest thing about horse racing, here are the eleven horses who have won the first two legs of the Triple Crown over the last thirty years, only to fall short in the Belmont Stakes:

Speaking of athletes staggering through injuries, here's my personal version. I assume you tolerate all the other nonsense on this blog in order to be rewarded with occasional updates on my tennis team, right? I'll take your resounding silence as an enthusiastic yes.

So I played doubles as usual this morning for the Waveland men's "B" team in the Chicago citywide league. My partner and I were cruising along against lesser opponents, up a set and a break in our best-of-three-sets match.

Everything was pretty routine until, as I was using my racket to pick up a tennis ball between points, I felt a bad twinge along the ulna of my left (racket) arm. Nothing swelled up or changed colors, so I knew it wasn't broken, but it was definitely sprained. It was hard to grip the racket and it really hurt to make contact with the ball.

It would have been reasonable to stop playing, but that option never entered my mind. It would have been such a waste to forfeit an easy match that we were 80% done walking away with. I knew we were the better duo on the court, I felt a sense of obligation to my team and I was determined to see it through.

I quietly told my doubles partner that I was hurt and he'd have to carry me the rest of the way, then started hitting two-handed forehands like a young Monica Seles (that will be the first and last time I ever compare my game to hers) and also played a few points right-handed.

About all I can do righty is keep the ball in play so a few times, when I had easy winners, I gritted my teeth and clocked it left-handed. Getting one step closer to being done was worth the punishment. I did not want to play a third set. 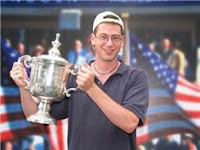 Happily, our opponents were somewhat error-prone and helped us along. Bereft of my trusty kick serve, I had to serve an entire game by tapping the ball over the net, but our opponents didn't capitalize on my weakness. Either they didn't notice that I could barely hold the racket or they were trying so hard to hit it at my feet that they kept sending it over the baseline.

My partner held up his end of things and we ended up winning three of the five games after my injury to close out a straight-sets victory. I felt like Kirk Gibson in the 1988 World Series.

After the match I iced my wrist for several hours as I watched the Nadal match. It still hurts and this typing isn't helping, not to mention the added strain from all this patting myself on the back, so I'll knock off here.
Posted by Ben at 11:30 PM

you mentioned the two handed forehand ala Monica Seles, but you forgot to mention that you also moaned like her on every ground stroke.

just kidding dude. nice blog. i realize the pic of you at the US Open is TOTALLY REAL. But seriously, is that really you with Barack?

I actually do grunt when I'm hitting a serve, but it's, like, all manly and stuff.

The Obama photo is real. Scroll down to last December, where despite the creative license I do explain where it was taken.

I love this picture of you!