Chicago at New York
I jumped across the Hudson last weekend to attend the 10th, and my sixth consecutive, New Yorker Festival. I caught the following six events:
I also enjoyed a few other New York moments. Joined three fellow New Yorker enthusiast friends for lunch at the Algonquin Hotel dining room, a William Shawn-appropriate venue where our table was not round but octagonal, and yet within mere feet of the famous painting of Dorothy Parker and her, uh, circle. Grabbed some cream puffs at Beard Papa, a less famous West Village dessert shop than the Magnolia Bakery but one worth visiting. And took a break from all the Condé Nastery by catching Saturday night's performance of Yasmina Reza's "God of Carnage" on Broadway, where Jim Gandolfini, Marcia Gay Harden, Jeff Daniels, and Hope Davis chewed the scenery in a theatrical knockout brawl. 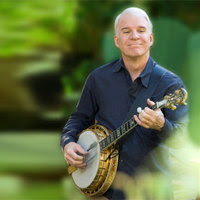 New York at Chicago
I'm back in Chicago this week and a New Yorker I once met seems to have followed me from the Big Apple. He's a banjo player called Steve Martin. You might also know him from such other projects as being one of the ten funniest people alive.

But right now it's all about the banjo. Steve has a new bluegrass record out called "The Crow" and he's been everywhere promoting like crazy. Actually, the friend I stayed with in New York knows Steve pretty well. She just caught his show last week at Carnegie Hall, loved every note, and hung out backstage afterward. Another friend tells me he also tore it up at Hardly Strictly Bluegrass in San Francisco.

This week, though, it's Steve Martin live in Chicago for "An Evening of Bluegrass and Banjo," this Thursday night at the Cadillac Palace Theatre. More info and a ticket link in my Flavorpill preview here.
Posted by Ben at 11:00 PM

I listened to The Crow while I was out in California. Great stuff!