A brush with power 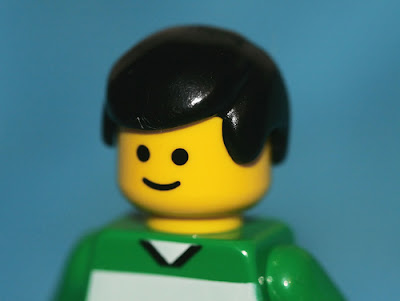 The shaggy-dog item of the week, literally and figuratively, goes to the Second City comedy theater.

They've been running a political spoof called Rod Blagojevich Superstar, which I attended on opening night and reviewed here. The show weaves a hair-raising tale, upbraiding Blagojevich for his bald ambition and refusing to comb over the misbehavior of a deeply disturbed person.

Blago: Hair, There and Everywhere

Chicago―May 26, 2009―The Second City’s Rod Blagojevich Superstar – now playing at Chicago Shakespeare Theater on Navy Pier – will play host to a giveaway of Blago Volumizing Shampoo. Developed by Delta Laboratories, Blago Volumizing Shampoo and Conditioner is carefully formulated with special ingredients for “really big hair.” Bottles of shampoo will be given away to all audience members at the performance on Saturday, May 30 at 7:00pm.

What: Delta Laboratories will give away bottles of Blago Volumizing Shampoo at a performance of The Second City’s Rod Blagojevich Superstar at Chicago Shakespeare Theater.

The Second City’s hit musical Rod Blagojevich Superstar is now playing at Chicago Shakespeare Theater on Navy Pier. Following a critically acclaimed run at The Second City e.t.c. Theatre, the production moved to Navy Pier where, due to overwhelming demand and irresistible new material from the ex-governor, the show has been extended once again, now running through June 14, 2009 Upstairs at Chicago Shakespeare. For more information on Rod Blagojevich Superstar, visit www.chicagoshakes.com.

Insert joke here; suggested topics include tax dollars going down the drain, the latest tonsorial trends in Marion Federal Penitentiary, and "extort, rinse, repeat."
Posted by Ben at 7:40 AM