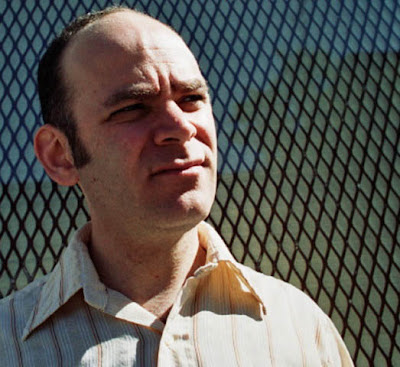 The great Todd Barry headlines the Lakeshore Theater this weekend.

You might have caught Todd on "Flight of the Conchords," "Sex and the City" or "Wonder Showzen." Or sparring with Sarah Silverman on "The Larry Sanders Show." Or maybe you heard his flat monotone on an animated show like "Dr Katz: Professional Therapist," where he played against type as an angry, sarcastic guy named Todd.
He's best known for his innumerable late-night television appearances, such as the series of visits to "Late Night with Conan O'Brien" that inspired his one-man show, "Icky."
In any event, a Todd Barry visit is cause for celebration, and thus we celebrate. My Flavorpill preview is here.

Actually, the self-indulgently lengthy writeup I turned in was edited for space. It originally looked like this:

This could also have worked as the headline for a post on the White House correspondents dinner.