A subtly entertaining facet of the LearnedLeague trivia contest is that the best wrong answers are honored as, well, Best Wrong Answers. These tend to be funny and intentionally so; in fact, players often shoot for this coveted honor when they can’t — or even if they can? — come up with the correct answer.

Since we’re in a break right now from live action, here are the Best Wrong Answers from the first six days of match play:

What was the name of the middle and long distance runner, one of the most famous individuals in the history of sport in Finland, who won nine Olympic gold medals during the 1920s, and was known during his time with countrymen Hannes Kolehmainen and Ville Ritola as the 'Flying Finns'?

Elvira, Bobby Sue, and (I'm Settin') Fancy Free are among the hits from what country music vocal group?

Of the 13 feature films released by Pixar Animation Studios since 1995, which is the only one -- not including 2012's Brave -- to receive no Academy Award nominations (befitting its critical reputation as the studio's worst release)?

Heartless by Dia Frampton, Fix You by Javier Colon, Roxanne by Juliet Simms, and I Believe I Can Fly by Jermaine Paul, all singles that reached the Billboard Hot 100 chart, were studio versions of performances that first appeared on what television program? 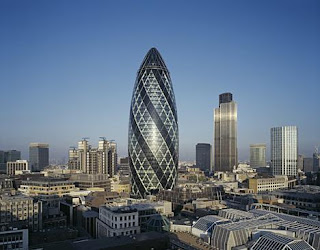 What is the most common informal name for the skyscraper at the center of this photograph?

Though his hometown was Rutherford, New Jersey, the epic Paterson was the crowning achievement of what American poet and physician?

Old Trafford, Stamford Bridge, Craven Cottage, Anfield, and, formerly, Highbury, are all names of what?

We resume play tomorrow. Whoever's playing me, try to be funny!
Posted by Ben at 9:30 PM

My favorite BWA of all time is:

Moon River, the Johnny Mercer/Henry Mancini-penned Academy Award winner for Best Original Song for 1961, was first sung in what film?

Whatever LL genius came up with that, thank you!

FYI, Hustleberry Finn, Busta Rhymes MD, and Romney Estates are all the submissions of my good friend KaplanP. He's sort of a BWA virtuoso. If they had league standings for BWA, we'd all be playing catch up to him.

I'm still fond of my attempt for the Spongebob Squarepants question (yes, I'm a complete idiot for getting it wrong, but that's not the point): Doug Drops Out of College