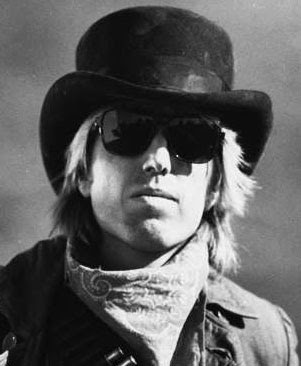 Tributosaurus, the reigning kings of live musical impersonation, masterfully interpret the catalog of a different rock star every month. They also tackle a different headliner every New Year's Eve, and this year they pay homage to Tom Petty.

It's a good choice. Tom Petty's not the first person you think of when you try to name the superstar pop acts of the last thirty years -- U2, Michael Jackson and Bruce Springsteen come more immediately to mind, or younger stars like Dave Matthews -- but he's quietly put together a nice career on what might be called the B tier of the big time. He was never a matinee idol or a political spokesman type, shunning the spotlight when not on stage. For him it's been enough to be what he is: a good songwriter, respectable guitarist, passable singer, and from all appearances, a profoundly decent and likeable guy.

"Tributo" doesn't just play the hits, they also serve up the deep cuts (he said in his best WCKG "nothing but the classics" Alan Stagg ultra-baritone). And they don't just bang out three chords and yell into a mike, they meticulously prepare note-for-note renditions of every song they play. I mean, these guys bring in extra keyboard players for a Genesis show, hire a horn section to play James Brown, and so on. They're all professional musicians in other bands, they just do this out of love. And on behalf of their many fans, we love them for it.

Due to high demand, they're not just playing Petty on New Year's Eve, they've added two shows tonight as well. Hurry up and get your tickets for this one, because as of January 2 it won't come around here no more.

My Flavorpill preview is here.
Posted by Ben at 8:00 AM