I rarely carry a camera but happened to have one on me during my recent trip to New York City. Always thinking of you, my literally tens of readers, I started taking pictures at O'Hare... 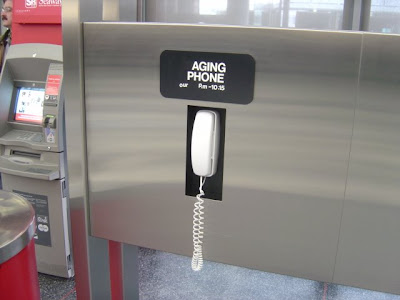 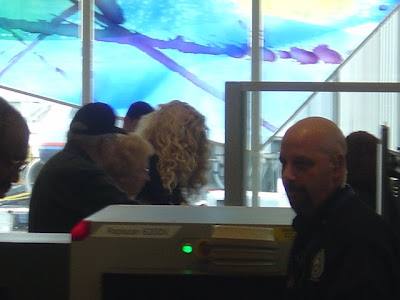 This woman's hair was so huge that people in the long security line were staring at her and debating whether it was real or a wig. 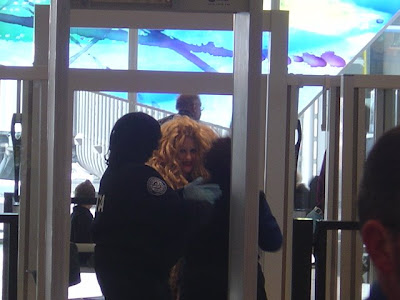 Inevitably she attracted the attention of the crack security staff... 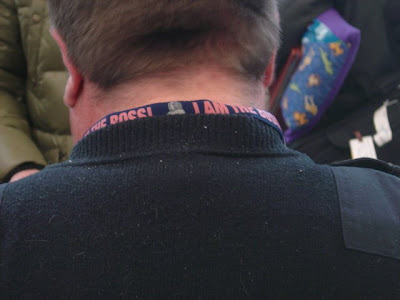 ...led by this guy, whose lanyard left little doubt as to who was in charge. 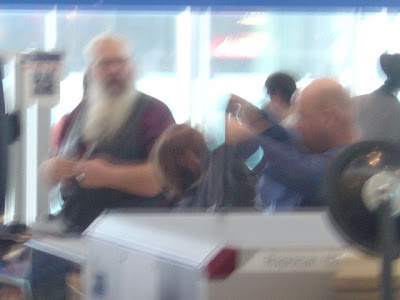 This guy must have been her dad. 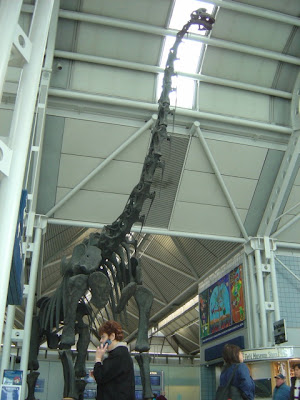 Chicago's Field Museum of Natural History installed this dinosaur skeleton in the airport. It lived in Colorado 150 million years ago. "Talk about a long layover!" I would say if I were Lewis Black. 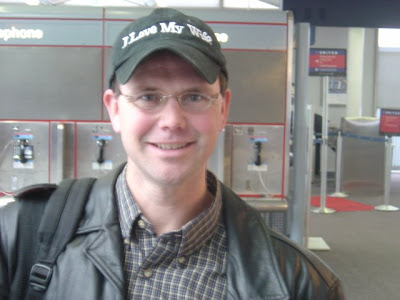 At LaGuardia I caught a ride with a friend to his Central Park South hotel. With two hours to while away before meeting friends at the nearby St. Regis, I took a leisurely stroll down the boulevard that gradually turned into a hotel tour. My next stop was the Plaza, still in part a hotel after the recent conversion of its Central Park-facing rooms to apartments. I sat down on a leather bench in this dining room to warm up and make a few phone calls. It was so sumptuous that even such a poor photographer as I couldn't help but take a magazine-ready photo. 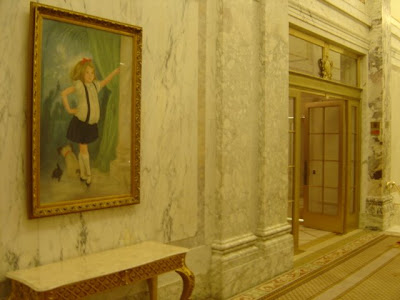 I banged out the Saturday New York Times crossword in the Plaza's lobby cafe, enjoying the swirls of foreign-accented chitchat around me. I've been on a major NYT xword kick for the past year or so, grinding through the grid every Friday and Saturday. It's easiest on Monday but I jump in at week's end because I like the tough ones. I am ___ enough to do them with a pen (confident? experienced? arrogant?). 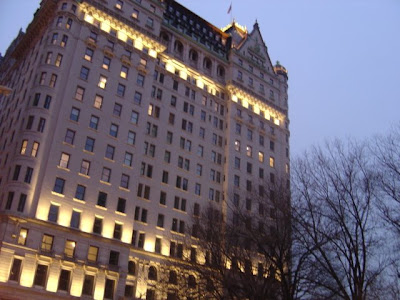 Eventually it was time to go. As I started making my way down Fifth Avenue, I took a moment to admire the iconic facade. 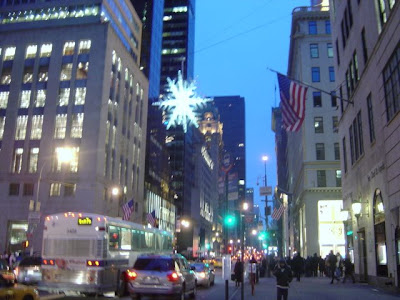 It wasn't snowing that day, but there was one big snowflake hanging above "5 Av." I like the Peninsula Hotel in Chicago, but had never visited their New York outpost. Check!

Despite my lousy photography, the hotels look great lit up at dusk, don't you think? 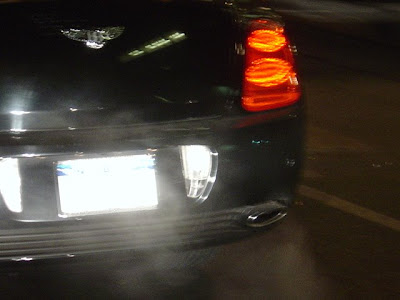 My final stop was the St. Regis, where you'll have to take my word that this license plate read ST REGIS.

As I took this shot, I had a moment of self-awareness: I was in New York City for one night and taking a picture of a hotel car's vanity license plate. It was time to put my camera away.
Posted by Ben at 8:18 AM

Funny, I've been on a NYT crossword kick lately, too, except I only do the early-week puzzles (Mon-Wed) and time myself as I go (my record so far is 4:41 for a Monday a couple weeks ago). I appreciate the challenge of a late-week puzzle, but I guess I just get too impatient with them.

That's funny, the challenge is what I like about the late-week puzzles. The easier ones feel like a rote exercise; on Fri. and Sat., there are no guarantees, and although I usually complete them, there are times when the momentum ball nearly stops rolling, or I have to dig deeper to finish. Plus the clues are intentionally misleading later in the week, which I enjoy.

I've never timed myself, but 4:41 sounds very quick even for an easier puzzle. Some people are such speed demons that they can read clues while writing in answers. The fastest solvers can finish a given puzzle faster than can that puzzle's own constructor.

I've been meaning to blog about crosswords and will do so shortly.