Where my nerds at?

Here are a couple of cool tips on the Gmail, uh, tip.

Meanwhile, if you're still using Hotmail, Yahoo or AOL Mail, why exactly?

I am the world's original laggard, inertia-bound and resistant to progress. I hate to change apartments or cars, still don't have an iPod or BlackBerry, and only grudgingly upgrade the discretionary high-tech stuff around me. Heck, I'm typing this on an eight-year-old Compaq Presario. But even I changed to Gmail a few years ago, and should have done so earlier.

When I departed law firm life, I was left with only a Hotmail account. In ways small and large (low storage limits; resistance to saving sent messages; annoying banner ads; slow-loading new screens whenever you did anything; PITA, labor-intensive weeding out of junk mail; non-autosaving drafts; constant plugging of who-cares? MSN products; balky Java-dependent functionality), Hotmail was irritating, but it was all I had. Yahoo wasn't much better. 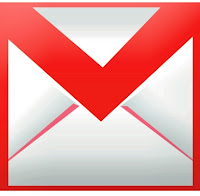 Like a beaten wife who stays, I gradually learned to tolerate bad email and stopped expecting more. Then, like Richard Gere rescuing Julia Roberts from a sad life, Gmail came along and showed me how good it could be. I now find email a pleasure to use, and it's that happy status quo to which I've grown accustomed. Meanwhile, even today, Hotmail remains a fairly lousy product despite recent improvements specifically designed to keep up with Gmail. Too little too late, Gates.

Gmail is demonstrably superior to every other free email service in every way that matters. It's easy to use, powerful, elegant, and sleek. The highest compliment I can pay is that it's intelligently designed. Gmail radiates the smarts and innovation of the many Google software designers who've worked on it, their mission from day one to design a better email service. They did.

One other thing I like about Gmail is that it's still officially in "beta" stage, i.e. the traditional final testing phase before a product is deemed complete and ready for market. The joke of this is that from the very beginning, Gmail was already a nuclear weapon that blew its competitors away. It has only improved since then. Still, it remains beta even today in what has become a charming misnomer. I read the tiny "BETA" in its logo as "F you, Hotmail; so much better than yours and our product isn't even finished yet."

Switching to Gmail is easy. You can set up an account in a few minutes and bring all your email contacts with you. One mass email to everyone you know, and boom, your life has measurably improved. Heck, in its early days, you could only get a Gmail account by invitation from an existing user, and the power to invite friends was finite. Consider yourself lucky that you're one click away.

The argument I occasionally hear against switching to Gmail is that, because it generates advertising based on the contents of messages, people feel using Gmail would compromise their privacy; they have a sense of being spied on or violated. This argument doesn't hold up.

There are no humans reading users' messages, merely a software algorithm that looks for keywords and reflects relevant ad content. You know, the same automated process that already analyzes your every Google, Yahoo, etc. search to generate you-specific ads? The reason Google is worth 200 billion dollars? Yeah, that one.

As for the ads themselves, they're unobtrusive text off to the side, not at all in your face like Hotmail's garish banner ads. I just ignore them and feel gratitude that they make my excellent email service free.

Learn more about Gmail here and here. If after reviewing these, you still can't see why it's worth making the change, then I've said my piece; enjoy your Hotmail fetish. Also, good luck finding replacement nibs for your fountain pen and ribbons for your Underwood.
Posted by Ben at 10:02 AM

lifehacker.com, one of my favorite sites and the most popular blog in the Gawker family, is heavily into Google apps and Gmail in particular. they have lots of tips over there on how to get more out of your gmail, and some free firefox extensions that customize it.

yahoo mail is also very good but takes a much different approach than gmail - basically they use AJAX to mimic many of the features of a traditional desktop email client. hotmail seems to be playing catchup to them with their "Live" iteration of hotmail. a distant third to be ignored.

And g-chat can save friendships!

Laughing out loud at your 'Beta' comments, thanks :-)

I still use Yahoo email, tho, because it'll let me send executables. With Firefox and Adblock, I can make it blink-free; so it's quite acceptable when needs-must.

Thank God I no longer have to use AOL ::shudder::

I would love Google as much as you do IF they would simply allow me to unthread my messages. I've lost so many emails because I'm used to being able to delete messages individually. Also, their search function does not work well! Grr! Grr! Grr!

That's funny, I take the opposite view of most of these issues.

To me, the threading of messages, i.e. stacking them as "conversations," is pure genius. Where Hotmail wastefully fills half an inbox screen with identical-looking "Re: Thursday" messages, Gmail uses just one line to summarize, say, my ongoing conversation with Kristen Bell about our dinner plans as "Kristen, me (8) Re: Thursday". At a glance you can see dozens of recent messages distilled down to one line each. In this way, Gmail maximizes crucial inbox space.

You can still delete messages individually from a conversation thread using the dropdown arrow on the right, rather than the checkbox on the left; there's no need to delete the entire thread. (Even if you do accidentally delete more than you meant to, you can still find messages you want using search and undelete them from the trash.)

Also, I think the Gmail search function is outstanding. I use it every day. It's so effective that I haven't ever bothered to filter messages or set up folders; I know that with an artful search I can immediately find the message I want. If you're having problems with it, you might need to refine your search technique?

Agreed as to Google Reader. I haven't started using Google Calendar yet, but I know a lot of people do; my brother, for one, is a heavy user. My friend Ian wishes it had a printable view and that it didn't truncate entries.

FWIW, I just used Gmail search to find Ian's message about it, which took all of one second.

I like Blogger, which I find it easy to use despite my minimal HTML skills. It's a good product that does about 95% of what I'd like it to, so I'm pretty content with it. Off the top of my head, one change I'd like to see is the ability to post the beginning of a long message with a jump to another screen for the entire message (as you can using, say, Movable Type). This is a minor complaint, as there is also an argument for having the entire blog as a stand-alone document viewable at a glance.