Just For Laughs: He shoots, he scores 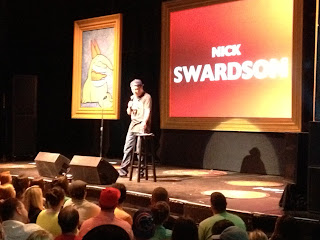 Nick Swardson killed at the Vic Theatre last night during the Just For Laughs Chicago comedy festival.  I particularly liked this story:

Thank you for all of your work on this web page.