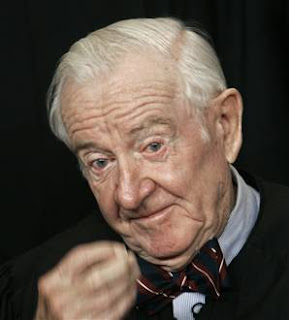 At today's graduation ceremonies for the Northwestern University School of Law,  the guest of honor addressing his newly minted fellow alumni will be the Hon. John Paul Stevens '47, former associate justice of the United States Supreme Court.

Yesterday afternoon at the law school, Justice Stevens appeared at a question-and-answer session conducted by two fellow alums, one a frequent advocate before the high court and the other his recent law clerk. He also took questions from members of the law school community.