In which we cordially call attention to items of note. 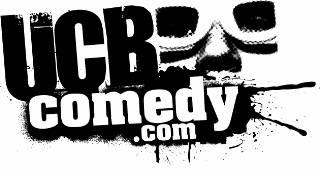 The Upright Citizens Brigade has quietly launched a website featuring original comedy material from its own theaters in New York City and Los Angeles. UCBcomedy.com will offer "sketches, series, music videos, live performances, pranks and f'ed up found footage" from the stalwart Chicago-bred troupe. The site is in beta mode, featuring fresh videos every day and a new original short every Tuesday.

Emails from Matt Besser are rare, and intelligible ones rarer still, but this one I understood.

Attention Austinites and friends thereof: Humboldt County will premiere in the opening slot at the South By Southwest Film Festival. Screenings are March 7, 11 and 13. Congratulations, Jason.

When Bill Wyman lived in Chicago, I found his Chicago Reader pop music column, Hitsville, dependably entertaining and informative. He was also a founding co-host of the long-running radio show Sound Opinions, sparring good-naturedly with the Sun-Times' Jim DeRogatis as the show made its way around the FM dial. In person, Bill was a lovable presence on the local music scene; it was our loss when he left Chicago to become arts editor at SF Weekly. He went on to write and edit for Slate, Salon, and National Public Radio.

Bill has resurrected Hitsville as a blog, offering "ongoing commentary on The Wire, the brilliant HBO series that, in its fifth season, has gone totally off the rails; attacks on the Grammys, R. Kelly and many others; lots of analysis on the decline of the record industry, most recently a discussion of a proposal to compensate the labels by adding a fee to your internet bill; essays on There Will Be Blood and many other movies and CDs; and lots of other things."

It currently features an ongoing conversation with Damien Bona, author of Inside Oscar, as we count down to Sunday's big awards show. Like the UCB site, Bill's blog is in beta mode en route to eventual world domination. He's a perceptive observer of the pop culture scene; check it out.

Note: The Bill Wyman in question is not the former Rolling Stones bassist of the same name, which is actually an interesting story. 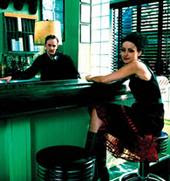 Sorry to all the Monte Carlo card-counters and Russian oil billionaires in my readership; this one's all about good old Chicago too. To celebrate Chicago Restaurant Week, which begins tomorrow, dozens of popular local eateries are slashing prices on three-course prix-fixe meals. Learn more about it here.