My old college roommate recently started working as a first-year associate at a leading Chicago law firm. With A-list clients and attorneys, it's an elite shop; landing a job there is a coup for a young (or old) recruit. They in turn did well to get my pal, a great guy who earned an English literature PhD from Northwestern before serving as editor in chief of the law review at a top law school. 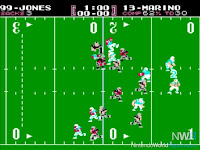 To me, though, he'll always be my college buddy, a companion to places like the Baseball Hall of Fame, Tiger Stadium and Wrigley Field and a favorite opponent around the tennis court, basketball hoop and Nintendo Tecmo Bowl gridiron. For the purposes of this story, let's call him Joe Smith. Notwithstanding his Jordanesque skills, he is not the former #1 overall NBA draft pick and recently acquired Chicago Bull of the same name.

The other day I wanted to call Joe at his new workplace, but I couldn't find his phone number. Because he'd just started working there, having taken the Illinois bar exam a few months earlier, his direct-dial extension was not yet posted to the firm's website. Neither was his name in Sullivan's, the annually published attorneys-only telephone directory.

Sure, I could have called his cell phone, but it was his first week on the job and I wanted to get him there. Even though the call wasn't work-related, I thought I'd give him a kibitz by ringing him at his new desk. My only recourse was to call the firm's main phone number, so I did.

The mush-mouthed law firm operator mumbled something unintelligible. She may well have said the name of the firm, and/or something like "may I help you," but to me it sounded more like "xaslf aerlgi pkvsd kisdf gklaerg." I said, "I'm sorry, is this (name of firm)?" She said yes. "Could you connect me to Joe Smith, please? He just started working there." "Hold on." I was placed on hold for a moment, then disconnected.

When I called back, the same operator answered. "Hi, you were trying to connect me to Joe Smith, but I think you may have accidentally hung up on me." "Who?" "Joe Smith." "One moment." Click-click. Disconnected. This was the best law firm in Chicago?

I called back a third time. A different operator answered. Her phone greeting, like that of her colleague, did not demonstrate a mastery of the conventions of spoken English. Trusting my redial button, I figured I'd at least reached the firm. I said, "Hi. Please don't disconnect me. The other operator just hung up on me twice. I'm trying to reach Joe Smith. He's a new associate." "Hold on." 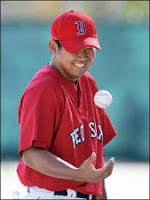 After a long delay, I heard the outgoing voicemail message of someone who was not Joe Smith. Not even Joe Something, or Something Smith. Just some random person who might as well have been Daisuke Matsuzaka, whom at this point I would have welcomed as a telephone operator since he has a full-time translator.

I was starting to get a little irritated. Like everyone else, I'm sadly accustomed to calling big companies and getting stuck in their voicemail jail, unable to get a live person on the phone. But to call a prestigious business three times, start with a person each time, and go 0 for 3? How could a white-shoe law firm have two such rank incompetents forming their front line of defense? They have attorneys billing eight hundred dollars an hour. What if I'd been Jack Welch cold-calling, looking for a new law firm? Or a high-paying client? Or for that matter you or me or anyone else?

Among lawyers, this guy is as big as it gets. He clerked on the U.S. Supreme Court before embarking upon an illustrious career as a corporate attorney, law school professor and community leader. The specifics are unimportant, but suffice it to say that this man's name precedes him in law schools, boardrooms and courthouses. Heck, his name appears on a few of them. He is a Big Deal.

I called his office, mentally preparing to explain myself to his secretary, but it was a quiet, older man's voice who answered the phone. The great man himself. Flustered and taken aback, I stammered out an explanation. He couldn't have been friendlier, apologizing for the confusion and assuring me he'd look into it. A few minutes later, he called back with Joe's direct-dial number. I reached Joe immediately and we had a nice chat.

I was abashed at what felt like my own effrontery, having inadvertently made a messenger of a semi-retired senior partner and reigning master of the universe, and yet, really, was it my fault? I'd tried to use the main number three times, and the firm had whiffed on three pitches. I'd never have called the elder attorney if I'd known he answered his own phone.

On the plus side, it may have been salutary for the big-time lawyer to hear how poorly staffed his firm's phones were. I doubt he calls the main number too often.

Also, I made a new friend. I think I'll ask him to make us lunch one of these days.
Posted by Ben at 9:26 AM