A moment of silence 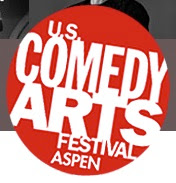 When a great comedian dies, say a Phil Hartman or Mitch Hedberg, the loss we feel is visceral and immediate. Comedy is such an intimate art form, requiring as it does a connection between the minds of the performer and listener, that when a beloved comic leaves us, it's as if we've lost a close friend or relative.

Where many can't even name the members of their favorite band, much less describe their personalities, our affection for comedians is specifically a function of their personalities. (The Who got a new bass player after John Entwhistle died, but good luck replacing Richard Pryor.)

We know these people. So when they're taken from us, we feel it deeply. A piece of us dies with them. Never again will they stop by—if only via Tivoed late-night appearance or Deborah Solomon chitchat in the New York Times Magazine—with their latest funny musings. That hurts.

You might not think that the death of a comedy festival could make people feel the same way, but you'd be surprised. HBO's quiet announcement that after a thirteen-year run in Aspen, Colorado, its U.S. Comedy Arts Festival (the "USCAF") will not return in 2008, felt to many like a death in the family.

Why? After years spent soaking in the warm bath of its excellence, a lot of people feel a strong bond to the USCAF, which is (was? no, is; it's not officially dead, so for now let's stick with the present tense) inarguably the leading comedy festival in the United States. It's arguably North America's best as well, forming a good quinella bet with Montreal's Just For Laughs Festival.

The USCAF started small, founded by a few successful television producers who wanted to bring a celebration of comedy to their favorite mountain town. HBO was an increasingly important sponsor over the years, to the point where the festival was interchangeably known as the HBO Comedy Festival. The network eventually bought out the founders and took over the festival altogether.

Over time, the festival steadily grew into a comprehensive annual snapshot of both the state and the range of comedy in all its forms: wiseass sketch comedy upstarts, unknown but fast-rising standups, long- and short-form improvisation troupes, established headliners playing big venues, Hollywood writers and bit players stepping into the spotlight with solo shows, major stars accepting career tributes, cast reunions of hit movies and TV series, and offbeat fringe acts. There's also a film program featuring independent filmmakers working the festival circuit for distribution deals, a broad array of comedic shorts, and big releases fresh from Sundance but still wearing the halo of the not-yet-overhyped. You might even find some good bits happening right on the street.

There's a lot of great festival coverage online, but who needs great when you can read mine? I wrote about USCAF 2007 for the website of my friends in the stalwart comedy group Schadenfreude, who were themselves finalists for an Aspen performance booking. Click around the links here for the four installments.

So why's the fun stopping? The reasons are many. For years, iffy weather and resulting travel woes have frustrated the festival's logistics. Aspen's small airport, a short runway nestled in a steep, narrow valley, is unreachable by large jets, so visitors typically change planes in Denver and finish the trip in a fifty-seater (ignoring for simplicity's sake the fact that the runway was recently lengthened after years of local controversy, allowing a handful of cross-country direct flights per day, and the fact that the very rich, as opposed to the merely rich, visit Aspen aboard private planes).

Given these facts, the weather typical of wintertime in the Rocky Mountains can be problematic. This year, for example, a huge snowstorm blanketed western Colorado as the festival started, and the poor visibility prevented most flights from landing in Aspen. With 40-minute hops from Denver grounded, performers and audience members alike languished aboard six-hour bus rides. After months of planning, the first-day performance schedule was decimated and many shows canceled. 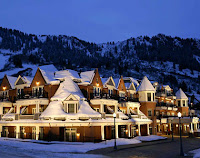 Besides getting there, way less than half the fun, there are other issues on the ground. The festival takes place in a popular ski town during peak (ha) season, and with hotel space at a premium, virtually the whole town gets booked up. Most innkeepers insist on minimum three- or four-night stays, but many industry types just want to blow into town for a night to catch a single performance or take a meeting. The festival's massive headquarters hotel, the St. Regis, is a principal source of lodging; already a hotel-condo hybrid, it's going completely condo, making the balance between supply and demand even more tenuous.

A further problem is that in 2005, HBO started a second comedy festival, a scaled-down, relatively vanilla showcase of big-name standups in Las Vegas every November. The Vegas event, bearing the appropriately bland moniker "The Comedy Festival," has siphoned off a measure of the star power of Aspen bookings and tested organizers' commitment to running not one but two annual festivals. As the aging dowager to Vegas' comely ingenue, Aspen has become increasingly tempting for HBO to triage. It bleeds red ink, and more of it every year, now rumored to be in the low seven figures per annum.

Then again, a few million bucks is chump change for America's most profitable cable network, thought to make something like $800 million a year. Not revenue; profit. As a loss leader of sorts, the USCAF is a wise investment; the halo effect of having HBO's name on the country's leading comedy festival is incalculable. Long ago, HBO staked its claim on being sui generis, "not TV, HBO," boasting must-see appointment programming available nowhere else. It defined itself early on as the place for innovative original series, the best boxing matches short of pay-per-view, and rock-star comedy specials. Sponsoring USCAF puts HBO's money where its mouth is as a comedy industry leader, burnishes its brand, adds to its mystique, builds widespread goodwill, and associates the network with a demographically desirable resort town and the industry players who populate it.

It also happens to generate television programming, both future, as a talent recruitment and evaluation engine, and present, simply by filming performances at, and specials about, the festival itself. HBO's Time Warner sister networks such as TBS do the same. So despite the challenges, there are good reasons for HBO to keep the festival chugging along, despite the gradual dissipation of political will to do so.

Probably the death knell for USCAF 2008 was Chris Albrecht's forced departure as HBO chief executive earlier this year following a highly publicized domestic violence incident. A former standup himself, Albrecht is a comedy enthusiast, hardcore skier, and Aspen loyalist. During his long tenure as HBO boss, he had both the clout and the inclination to recommit HBO each year to sponsoring the Aspen festival, an act a festival insider accurately described as Albrecht's "gift to the industry and the community." With Albrecht's ouster, the charity lost its primary benefactor, and it doesn't look promising that his successor will step up.

For the past several years, the festival continued amid whispered "this is the last year in Aspen" rumors, which have finally borne fruit. With its dependable weather and proximity to industry hub Los Angeles, Santa Barbara was widely expected to serve as a replacement locale for 2008, but ultimately, that plan was shelved.

The festival isn't necessarily gone for good, but given the above issues, it's not looking super-likely that we'll ring in Spring 2009 with peals of laughter in the thin mountain air. Many will feel the loss, from industry scouts, who rely on the festival as a dependable pipeline of new talent; to performers, many of whom owe significant career breaks to the festival; to the comedy enthusiasts who schedule vacations around the festival every March, often leaving their skis at home; to Roaring Fork Valley residents spoiled by the annual descent of an embarrassment of international talent; to local business owners and innkeepers, who won't go broke without the festival but will likely miss having the George Carlins and Garry Shandlings walk into their establishments (that week, anyway).

So thanks to the U.S. Comedy Arts Festival for all the laughs. Despite evidence to the contrary, here's hoping that condolences are premature.

p.s. Surely I will eventually write an entry in this blog about something other than a festival.
Posted by Ben at 6:27 PM