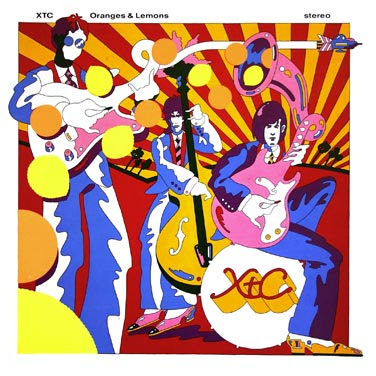 XTC is the greatest rock band most people have never heard of. As their fans well know, the pride of Swindon, England stopped touring early in their career after leader Andy Partridge suffered a bad bout of stage fright (or, some say, a more general disinclination to spend his life on the road playing muddier, noisier versions of his intricate compositions).

Thus, few of us ever got to see XTC play live, which became even harder to do after they eventually broke up altogether. This weekend, though, we'll finally have a chance... sort of. Tributosaurus, a high-quality team of music savants dedicated to staging live recreations of the greatest rock acts of all time, tackles the XTC catalog tomorrow evening at the Park West.

It kicks off their new Signature Series, in which they'll remount the biggest and best shows from their impressive ongoing run.

My Flavorpill preview is here.
Posted by Ben at 7:02 AM